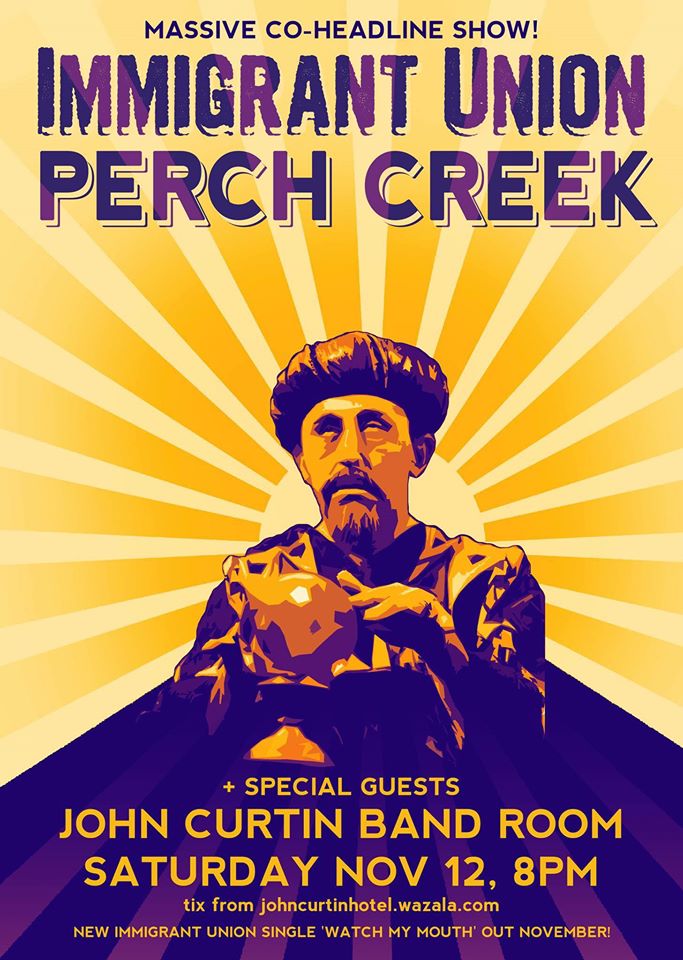 It’s been a while since Perch Creek and Immigrant Union have played a hometown show. This year has seen both bands laying low whilst making brand new albums set for release in 2017.

They have decided to team up and co-headline their only Melbourne show this year, which has been on the cards for a long time, so this is going to be fuggin awesome. In celebration Union will also be releasing their new single ‘Watch my Mouth’. John Curtin Saturday 12th Nov 8pm Special Guests TBATickets available via www.johncurtinhotel.com 10am Wednesday 12th Oct.