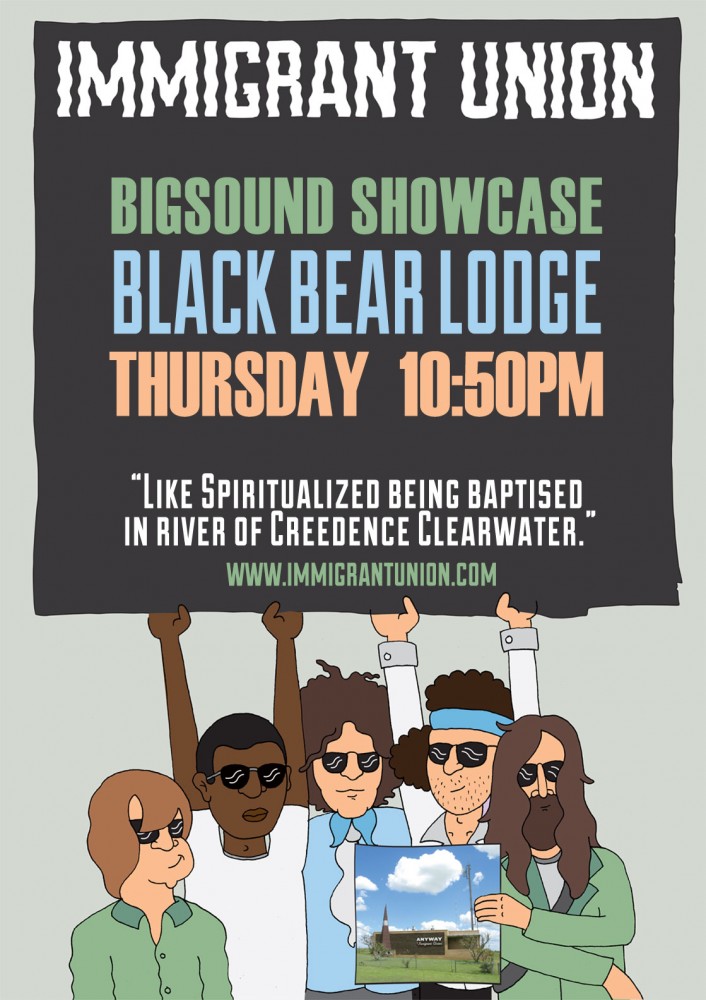 We’re heading back to Brisbane to showcase our tunes at music industry conference/festival Bigsound. Catch us at Black Bear Lodge on Thursday the 10th of September at 10:50pm sharp. Heaps of great bands playing from in the Fortitude Valley from Tuesday till Saturday so get along to it. 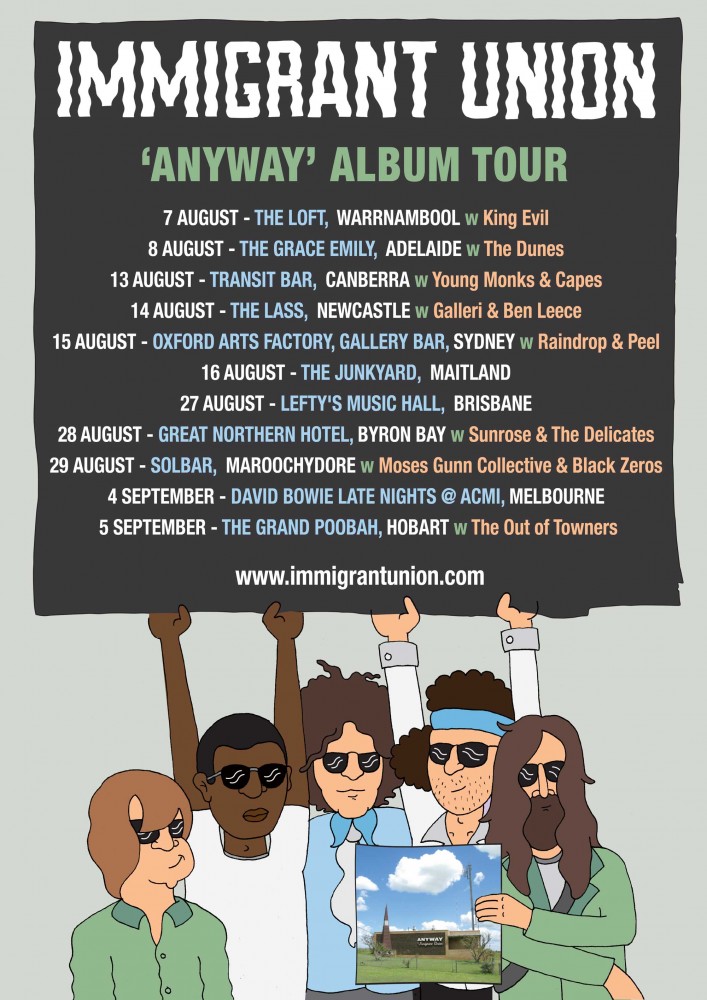 Today here at IU camp we’re stoked to announce some of the bands we’ll be playing with during our upcoming ‘Anyway’ album tour.
Some really great and varied talent going on in this list. Can’t wait to get on the road. Tix available in the tour section of this website. 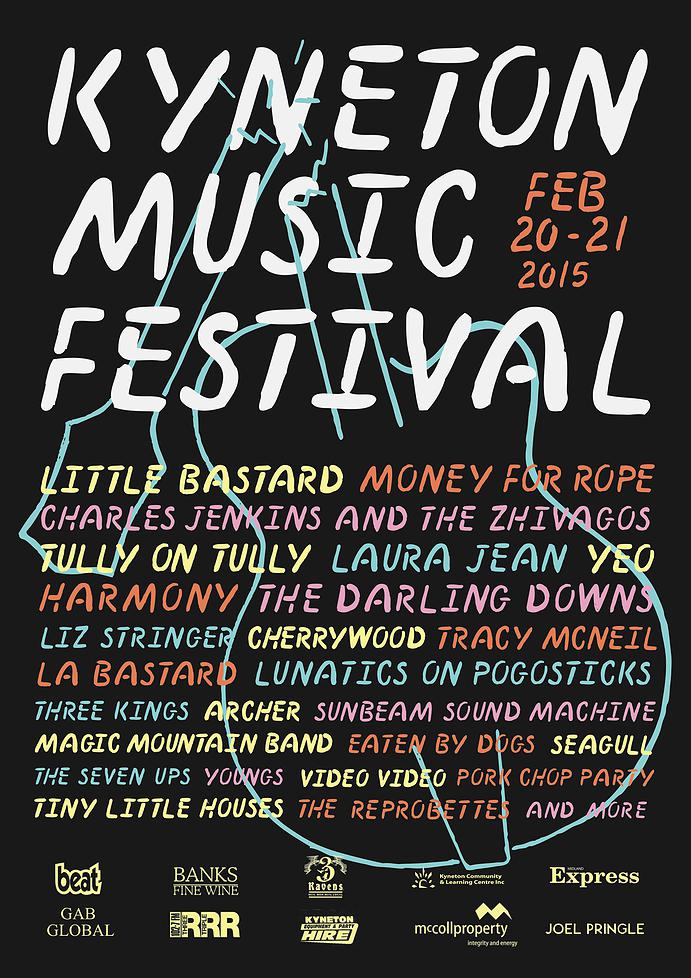 The Kyneton Music Festival was already looking pretty good and now just got better. Immigrant Union will be joining the previously announced lineup including Money for Rope, Little Bastard, Cherrywood, Laura Jean, Harmony, Ali E and heaps more. They’ll be playing on Saturday the 21st February at the Kyneton Mechanics Institute. Head to the website to get your tickets for two days of great music.
www.kynetonmusicfestival.com.au 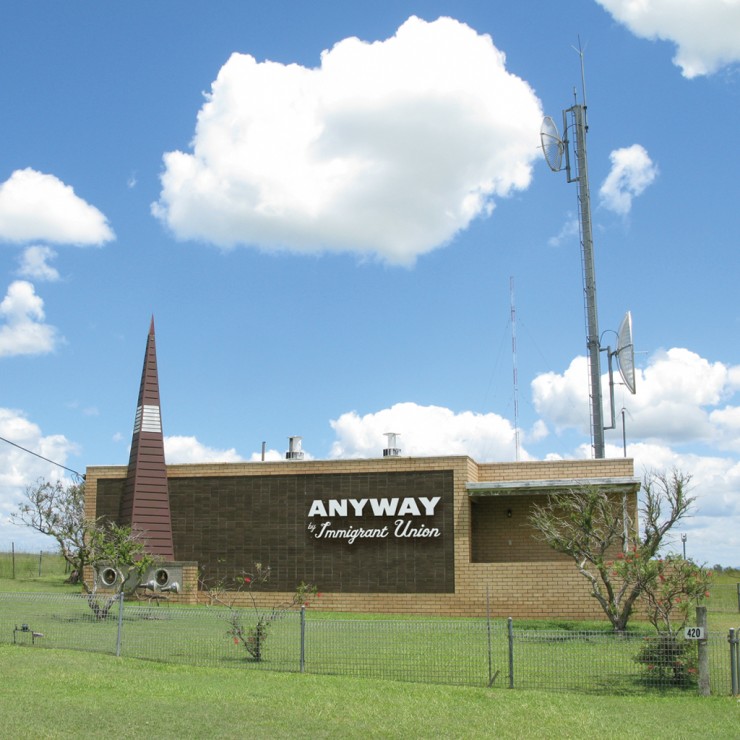 It feels like a long time coming but Immigrant Union’s second album ‘Anyway’ has had it’s US release today. Here’s what some people have said already…

“I think his record will no doubt be on your player for some time to come.” Nick Jacques -Popped Music

“You want the cutting edge of 2014 psychedelic pop, this is it. Is this album the catchiest, most melodically attractive release of the year?” – New York Music Daily

Out through The Musebox and downloadable via iTunes US and in all good record stores. We’ll also have copies for sale for our upcoming tour. Check the dates on this site to see if we’re playing in a town near you. The vinyl version is coming but has been delayed due the the usual vinyl production hassles.